Player of the Year Award

This award recognizes an individual who has been successful in tournaments and/or league play over the course of the past season (Oct -May). Local, regional, and national competitive success should be considered. Junior through master players are eligible.

Rehan is an up and coming junior who has been working incredibly hard on his game. This league season he was part of Squash Addicts, which helped the league by moving up from Division 2 to Division 1. On that team, he had to frequently play in the #1 spot, which was no doubt a tough task but gave him some great experience. He is a kind and gracious character, always willing to play others no matter what their level, and is polite and respectful on and off the court. In tournaments, he has been competing in regional and national events. This season, he won the Junior Silver event in December at PRO Club, playing up an age group. He is currently ranked 7th in the BU15 age group and will now likely move up higher after a terrific win today (May 20th, 2018) in the Junior Gold BU15 event. We’d like to congratulate him on today’s win and also recognize him as this year’s recipient of the SSRA Player of the Year Award.

Laila, at 17 years old, has really had a remarkable season. In our local league, she has consistently won her matches, usually outhitting and outpacing her opponents who are often twice her size, not to mention age. In tournaments, she has shown enormous promise, finishing 4th in the GU19 at the 2017 US Junior Closed National Championships. In January she was the runner-up in the Massachusetts JCT event again in the U19 division and this past week, she was chosen to be on the US team at the 2017 World Junior Championships being held in New Zealand in July. An incredible achievement that has been earned through her own hard work and devotion, along with the dedication of her father & coach, Khaled. She is a determined and respectful player, both on and off the court, representing herself and her sport in a way that should make all of our proud. Congratulations Laila. 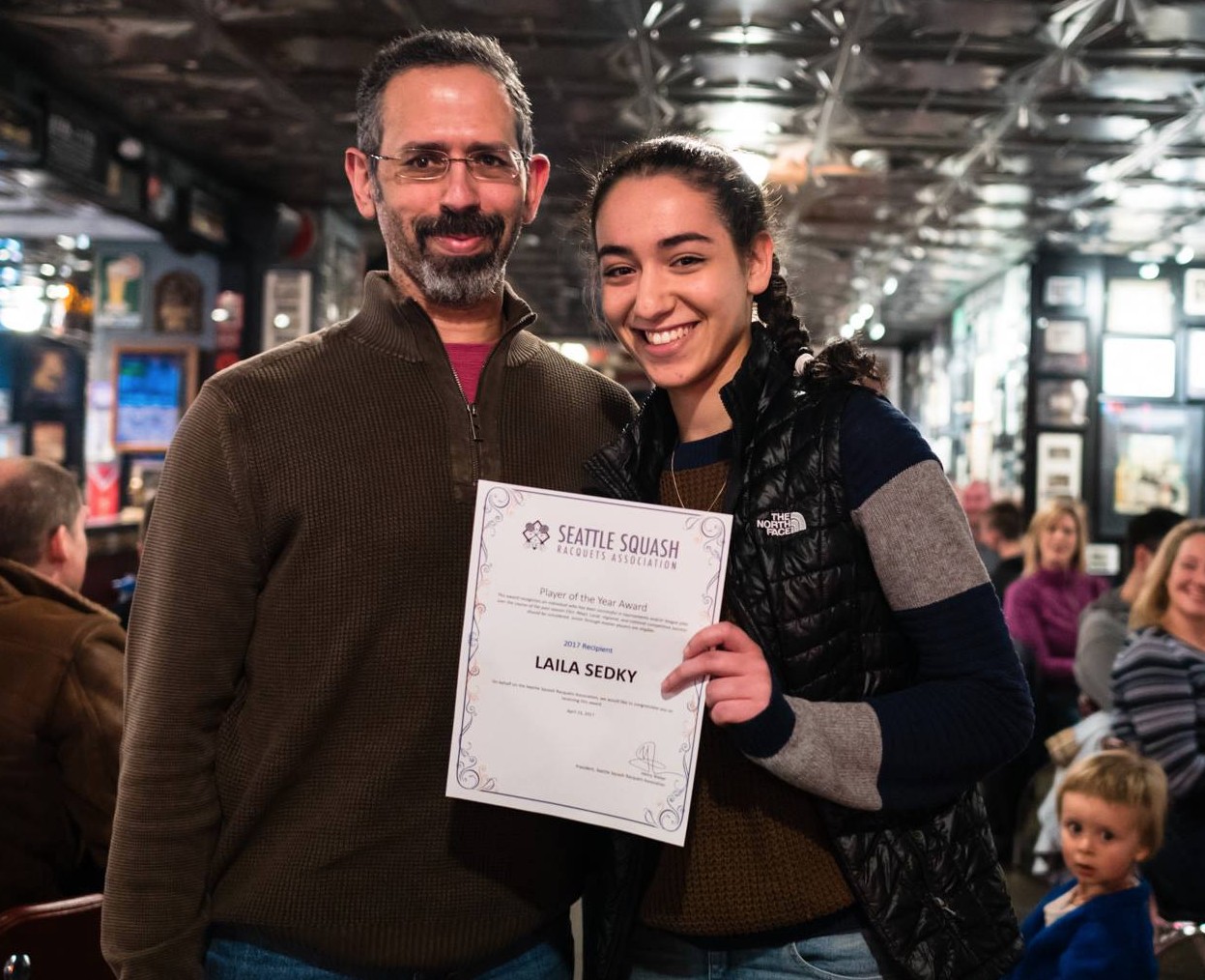