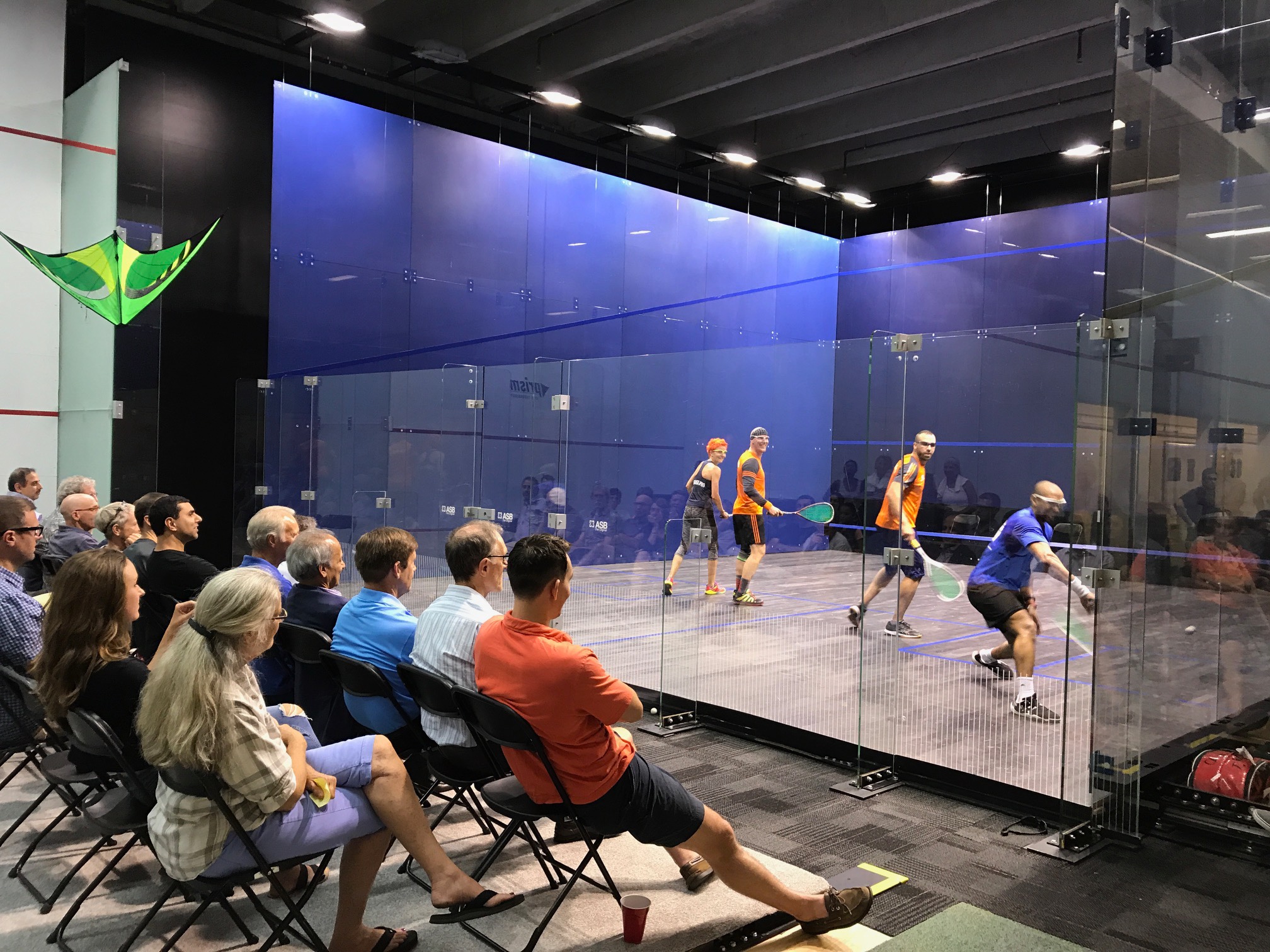 In big anticipation we opened our new show court at the Seattle Athletic Club Downtown the past weekend with a bang. The all glass doubles court that converts into a singles court is the only one of its kind in the world.
We were privileged to have two pros from South Africa and Egypt here who gave a few doubles clinics. The clinics were followed by a great and entertaining doubles exhibition in which Team North consisting of Omar El Kashef and Tatu Murronmaa won by one point against Team South with Clinton Leeuw and Annelize Naude.
The evening was well supported by everybody and we are looking forward to be hosting some major events in the future.
At the same time we hosted the Washington State Open tournament which was a US Squash Regional Skills level tournament. It was a summer addition to our calendar and had Prism kites as a main sponsor and a big rooftop sunset party that followed the finals. The winner and runner-ups from each level get automatic entrance to the US National Skill levels event in October.
The tournament was sponsored by Prism Kites, Portage Bay, Kells Lager and Cloudburst winery. A big thank you to our generous sponsors.
The final winners were:

(Thank you to Annelize Naude for providing this report)

The Seattle City Championship 2020 takes place on March 27-29 (local players may start on March 26th) at the Seattle Athletic Club NORTHGATE (not downtown!). Tournament details are at clublocker.com/tournaments/11826/info, or send email to Therese.Tuppeny@comcast.net. 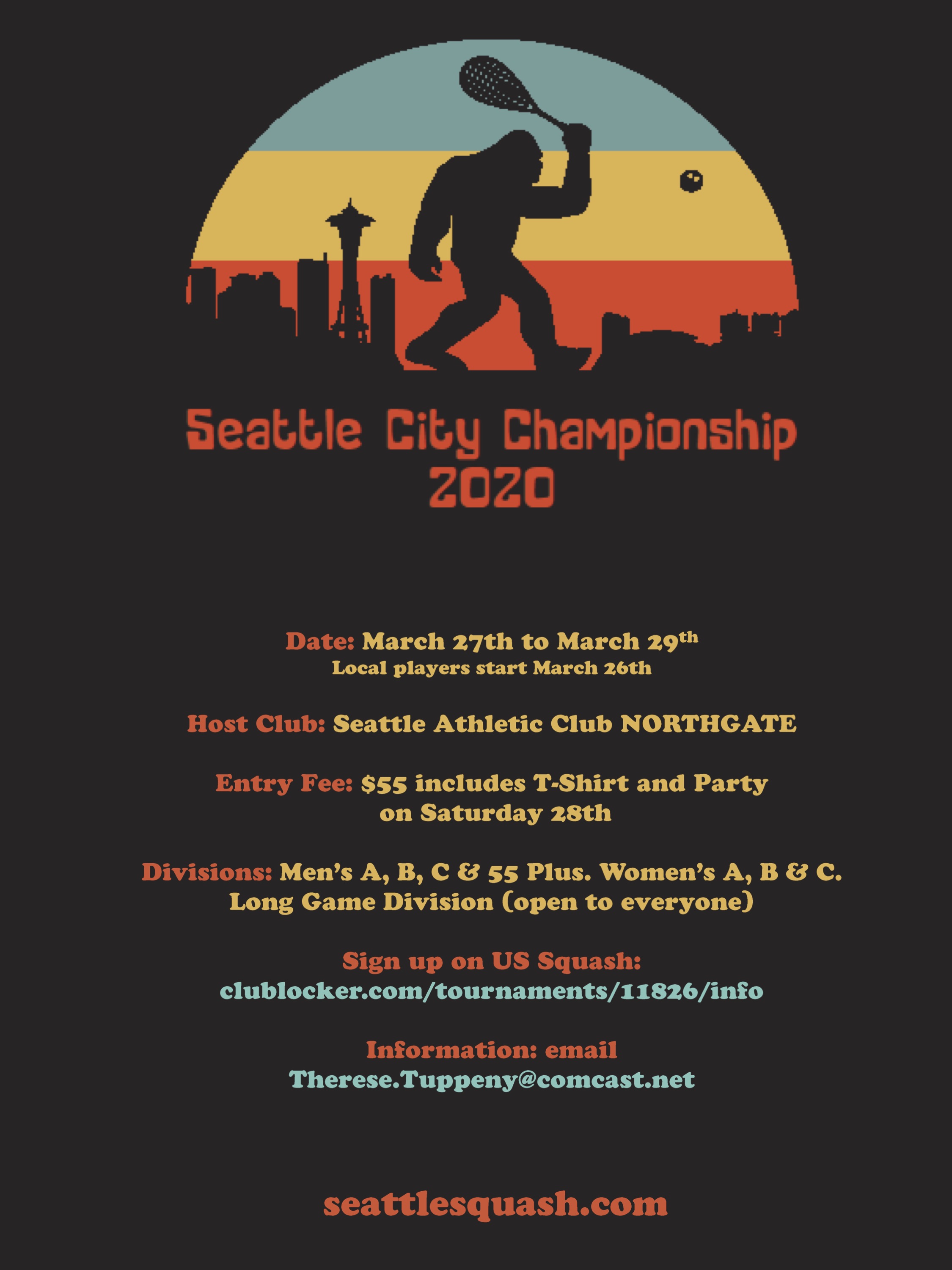